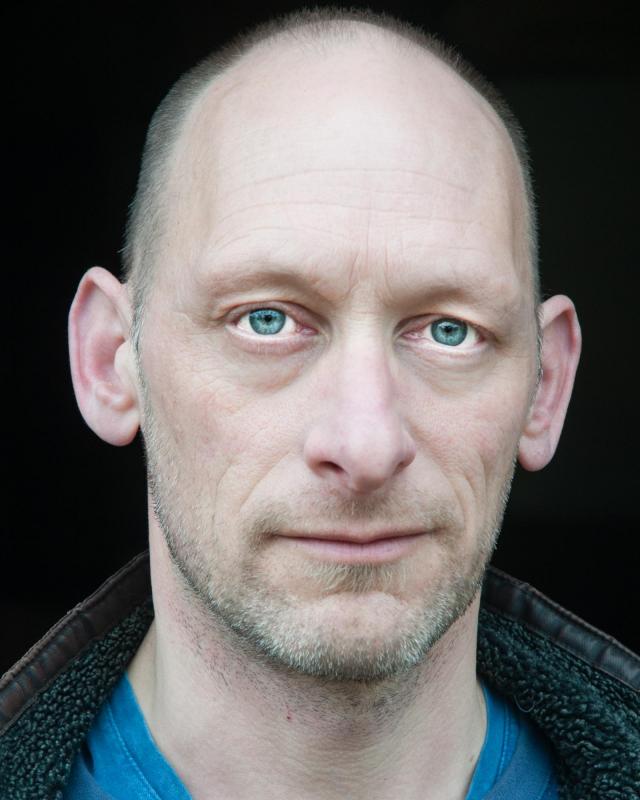 Eric has been around for decades, producing solid work at most turns, well out of publicity's glare. His quirky style, attention to detail, and joyous working attitude have garnered quiet fans throughout the industries, helping him reinvigorate some seriously challenging roles: Banquo and Oswald (two renowned Ghosts), Erie in Hughie as well as Seth in Mourning Becomes Electra (both Eugene O'Neil), Ken Harrison in Whose Life is it Anyway?, Jack in The Weir, Father Jack in Dancing At Lughnasa, Father Clifford in the world's first Theatre of the Oppressed radio drama, and Harley in The Spruce Goose, nCube's viscious dip into Hollywood's "Golden Age." In 2015, he created the role of SS Obersturmbannführer Rudolf Höss in A Lesson From Auschwitz, which premiered at the Kenneth More in Ilford, and sold out in Canterbury and Bromley. And he was another old Jack in ImmerCity's punk mystery, Death of the King, which sold out in Borough in 2017.
His latest feature, The Gates of Vanity, is on Amazon Prime — together with  Crowhurst, 6 Days and The Receptionist. In 2017, he was Albert's uncle, Jakob Einstein, in Genius — a 10 part TV biopic directed by Ron Howard for Fox21 and National Geographic. And in 2018, Inspector Robert in their second series, Genius: Picasso — as well as popping up for roughly eight seconds, cautioning Joaquin Pheonix in The Sisters Brothers, directed by Jacques Audiard. He spent 2018 at eight hours' remove from London, in the tiny village of Hogsmeade where, in Mr Ollivander's uncertain absence, he was helping wands to find their wizards. In 2020, he explored sartorial survival in How to Dress for the Apocalypse, appeared in C4's groundbreaking documentary, Murder in the Car Park, hog-tied in the back of a VW camper as a deadly priest in Ethereal Living, and hire-purchasing the soul of a returned Crusader as the very Devil himself In the Name of God. Among various assignments in 2021, he bid for release from dissident captivity in the not so distant dystopian regime of Save Luna and waited tables for a very messed up superhero in Marvel's Moon Knight. He has just returned from Colombia where he found himself once more ranting for racial purity as a captive Nazi POW in North Africa in the darkly off-key Israeli TV series, Carthago (expected late 2022).
He has a flair for period, accent, and fine nuance. He doesn't see life, let alone drama, as zero-sum games. His instinct and passion are to tell the story, straight, with atmosphere: subtle energetic interplay — not always bound to private agenda whose clashes sparked last century's heavyweight bouts of Method; sometimes simple moments simply shared. He would rather conspire, than compete — to breathe effortless, authentic energy into any fragment of earnest prose, understated comedy or full-on slapstick. In his time, he has been in radio, musical and physical theatre, contemporary dance, randomly minimal TV, some powerful thrillers, several execrable horror films, and a shelf-load of shorts — a generous handful of which are, in all modesty, outstanding (you can catch a few via the next tab, Links and Clips).
Youthful struggles with obedience bounced him from several institutions. As an adult, he wrecked and repaired his back and exposed epithelial, liver and lung cells to the ravages of weather, pollution and good living. But, entering middle age, he retains the energy and apoline torso of a thirty-something. He has poor memory for celebrity and a childlike lack of tact: he's easy to get on with, harder to control; and without the "professionalism" to know his his place, he prefers to get his hands dirty, engaging fully with the whole collaborative illusory process, occasionally, treading on toes.
He fell in love whilst recuperating in 1998, and now lives in a labourer's cottage in North Essex with his very patient wife, Janee, their old friend Gary, two tasty goats, twelve chickens, and a couple of thousand bees.
__________________________________________________________________________________________________________ Represented by Nic Knight
nic@nicknightmanagement.com
+44(0) 208 527 7420